With beer taps off for the foreseeable future, cafe’s closed, and staying inside now a social obligation, we’re all at a bit of a loss. It’s undoubtedly a scary and surreal time for everyone, and we are all dealing with it in our own ways.

Art On Scotland has always been proud to be a community-focused business, supporting small, independent artists and makers. Although much of what we traditionally associate with community activity is currently off the cards, we’re still going to try and encourage Community as much as possible through the blessed service of the internet. To start with, we’re going to be putting out a series of blog posts with some suggestions that may help to pass the many upcoming hours of confinement.

Whether you’re living alone, living with children who are off school, or living in a flat-share that suddenly feels far smaller than it did two weeks ago, we hope that these suggestions will offer some help in whiling away the hours of uncertainty.

First up - since today marks the first day in history that Scottish schools have closed indefinitely, and many of you will be stuck inside with children you’re not used to having about - we’ve thought up some fun, creative suggestions to keep them entertained. Children obviously love to draw, paint, bake, and watch TV shows where little made-up creatures speak - and these are always a great option for keeping them occupied. However, at some point Makka-Pakka will inevitably get too much, and when he does, here are a few suggestions to help you get inventive with your entertainment programme.

Over half of these activities require only a pen (or pencil) and paper, and almost everything else will only need odd bits and pieces you have around the house. Some suggestions may need a few purchases from the outdoor world, but overall, we’ve tried to compile a list that is largely accessible for anyone, at any point of confinement without having to go to the shops!

Everyone loves a game of Top Trumps. I would in fact argue that if you haven’t resorted to playing a game of Top-Trumps at some point in your life, then you haven’t ever experienced true boredom. It’s even better when you have to create your own, because this is a very long process to create something that can then be used again and again. It also - put on a responsible child-raiser head momentarily - is a great exercise in how we value things, people, or characters and encourages children to understand strengths and weaknesses.

Some potential topics could include: food-stuffs (I once made top trumps for various cheeses), animals (Scottish, worldwide, sea-creatures, insects), or characters from films and TV shows… The list is endless. Basing TopTrumps on people you know - teachers, family members, friends - may seem like a good idea, but also quite risque - we all know children can be cruel!

This visual take on the traditional parlour game is a great way to entertain a group of people - adults or children alike. Each player thinks of a being they want to draw and draws its head, they then fold over their paper to cover their drawing and hand it to the next person. This person draws the torso of their imagined creature, attached to the neck of the previous player’s head. This continues until the feet have been drawn. At this point, all players open up the paper they have in front of them to see what creatures they have created between themselves.

You could either leave the game there, start a new one, or, if you wanted to try and kill more time you could try and create a story using these creatures, or ask your kids to play a game where they play the animals they’ve drawn.

Fear of the saucepan drum must be very real in this period where there is little option for escape. One way to avoid its piercing use is to encourage children to make homemade instruments that are slightly more enjoyable to listen to.

One great example is a homemade rain-stick: One-hundred times more soothing than the saucepan drum, not what you need to cook dinner in, and a great way to use up some of those kitchen paper inner-rolls that you have hanging about. This video - although quite annoying - offers a great step-by-step guide on how to make it rain, even when the weather is uncharacteristically nice!

Another option for some musical accompaniment to the rain-stick could be the homemade guitar - take a look at how to make one, here: https://www.youtube.com/watch?v=V3KGrxmic6k

We’ve all played this before. It’s a classic long car-journey entertainment game, but imagine sitting down and writing down what you come up with. To add some focus - and to try and keep people falling down toilets to a minimum - you could think up some words that have to be included in the story, and perhaps set a time-limit. You could also suggest getting children to illustrate the story after it’s finished. 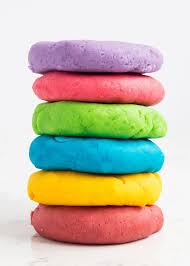 Playdough is really easy to make at home. You can make it out of flour, salt and water... Although, if you want it to last a long time it’s also recommended that you add some cream of tartar to the mix, and adding different food dye’s will make for some more interesting, entertaining playdough! Making the playdough could be one afternoon activity, and then it’s available to play with at any point during the looming indoor months

These suggestions are a mere scratch on the surface of the wealth of possible ways to stay sane - and perhaps even enjoy - the upcoming weeks of indoor child entertainment! More so than ever, now is the time to tap into your networks to share ideas, advice and support.

We would welcome any more suggestions, or words of support for other parents/ carers in the comments to this post!